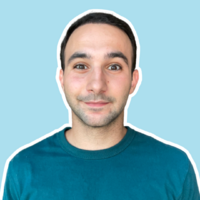 Tawfiq Abu-Khajil is the Director of Sales at Qualifi.hr. He has been part of the TA-tech space for a few years now and believes that for a TA-tech platform to be successful, it needs to empower companies to at-least cover two of the four pillars: attracting, engaging, advancing or hiring talent.

His journey started with Altru Labs – which enabled organizations like Target, HubSpot & PwC to attract and engage talent through influencer-like videos from their employees. Tawfiq later joined iCIMS after it acquired Altru Labs, where he led sales & partnerships for (Altru renamed-) iCIMS’ Video Studio product.

Today, Tawfiq is part of the team at Qualifi.hr – which he believes focuses on the latter two pillars – by empowering companies like Trinity Health & Mutual of Omaha to advance and hire talent faster through offering the fastest and most convenient phone-interview experience in the world.

Outside of work, Tawfiq is a licensed Scuba Diver and spends time under waters around the world.