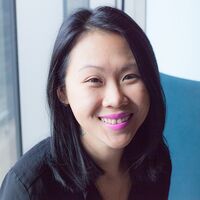 Sophie is responsible for scaling and defining Oakam’s ultimate working culture aimed at cultural paradigms during growth stages in a start-up. ​

She was previously Global Head of People and championed diversity and equality in multiple fintech start ups, including Pollen, Revolut and 11:FS as early stage People Leader where she was also recognised as Women in Fintech Powerlist 2018 & 2019. ​

She was a startup Talent and Culture consultant for European VC Omer Ventures, specifically for their European series A portfolio, including Quorso, First Vet, Resi. Sophie is also an advisor/mentor for seeding fintech startup in UK for Tech Nation. She holds a Masters in Engineering from Monash University, Australia